The Girls* Rock! Awards are usually my favorite night of the year. Being surrounded by my community, standing with girls, honoring the impressive work of local young people. Having to cancel the awards this year weighed heavily on our hearts. We’d committed to the honorees and their families, the community, the sponsors, young people – and then this pandemic seeped into our lives. Social distancing felt like the opposite of this event. Our goal has been to amplify their voices and bring people together in coalition… not avoid crowds and stay at least six feet apart.

In this separation, however, we’ve found moments of powerful connection. Video calls seeing the faces of our highschoolers planning how to virtually reach the middle schoolers from the (also cancelled) conferences. Emails from sponsors saying they support our mission, not just the events that couldn’t happen. Conversations with honorees and their families about recording videos of their speeches to create an online awards event – struggling with the size of video files, frustration with technology, and the mutual understanding of these weird times we are in together.

Join us for our first virtual Girls* Rock! Awards and hear from the honorees themselves how to challenge a society that ignores your brilliance. If you’re able, donate to our year-round work of taking girls seriously.

Thank you to our Sponsors! 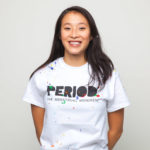 Nadya Okamoto, who grew up in Portland, OR, is the 21-years-old Founder and Executive Director of PERIOD (period.org), an organization she founded at the age of 16. PERIOD is now the largest youth-run NGO in women’s health, and one of the fastest growing ones here in the United States. Since 2014 they have addressed over 800,000 periods and registered over 500 campus chapters. In 2017, Nadya ran for office in Cambridge, MA. While she did not win, her campaign team made historic waves in mobilizing young people on the ground and at polls. Nadya published her debut book, Period Power: A Manifesto for the Menstrual Movement with publisher Simon & Schuster, which made the Kirkus Reviews list for Best Young Adult Nonfiction of 2018. Most recently, Nadya has become the Chief Brand Officer of JUV Consulting, a Generation Z marketing agency based in NYC. Nadya was named to InStyle Magazine’s “The Badass 50: Meet the Women Who Are Changing the World” list, along with Michelle Obama, Ariana Grande, and Dr. Christine Blasey Ford. Nadya is a leading speaker about The Menstrual Movement, the power of Generation Z and youth activism, and overcoming adversity (and how she turned her experiences into a platform for advocacy). 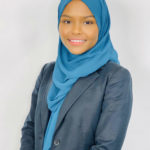 Safiya Khalid is a politician and activist from Lewiston, Maine. A graduate of Lewiston High School and the University of Southern Maine, Safiya serves as a member of both the executive committee and the state committee of the Maine Democratic Party, and as vice chair of the Lewiston Democratic Party. She is currently working for Gateway Community Services as a Community Coordinator, helping asylum seekers, refugees and immigrants integrate into the American society. Prior to her current position, she worked as a clerk for the Joint Standing Committee on Labor and Housing in Augusta. She is the first elected Somali-American to the Lewiston City Council and is proud to be a member of the Emerge Maine Class of 2019. She is proud to serve and advocate for the people of Lewiston on the city council. 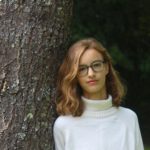 Anna Siegel, 13, Portland, is a youth climate activist. She was a founding member and leader of the Friends School climate action team, YELL (Youth Environmental Leaders League). The club joined with other local groups and helped organize and participate in city and state-wide rallies. Anna is a member of 350 Maine and Maine Youth for Climate Justice, as well as a representative of US Youth Climate Strikes (USYCS). As the Maine State Lead from USYCS, she organized the March 2019 climate strike and rally in Portland, which had over 800 youth in attendance, and the September 2019 global climate strike, also in Portland, with over 1,000 youth attending. Anna presented at TEDxDirigo last fall where she shared her experience of becoming a leading youth activist at 13. In addition to climate activism, Anna is passionate about art, wildlife, and birds.

Community Organizer
Lutie Brown, 19, Waterville, is blazing a new trail for girls interested in community organizing. When 75 Colby student and faculty votes were called into question following a city referendum vote, Lutie was one of three students to testify before the Voter Registration Appeals board on behalf of her peers. On the heels of that experience, Lutie campaigned to secure the Ward 3 seat on the City Charter Commission in November of 2019 and won. The road to victory was paved with vociferous opposition, but Lutie was not deterred because she understood the importance of student representation in the city’s charter reforms. In addition to her commission seat, she is a double-major sophomore, Chief of Staff of the Maine College Democrats, and the Local Engagement Chair of the Colby College Democrats. 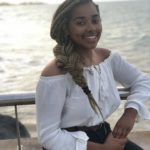 Gracia Bareti, 17, Westbrook, is a senior at Westbrook High School. She is of Congolese and Rwandan descent and is a first generation U.S. citizen. Gracia writes and speaks about her multicultural experience as a way to help other first generation children living in the U.S forge better relationships with their parents. She wants them to know they have a right to exist in both the culture to which they are born and the American culture in which they’re being raised. Gracia serves as a student representative for her public school board and is a supporter (as well as former camper) of the nonprofit, Seeds of Peace. In 2019, she attended Dirigo Girls State and Girls Nation where she was awarded Outstanding Senator in Washington D.C. She was 1 of 140 delegates worldwide to attend the International Congress of Youth Voices in San Juan, Puerto Rico. In late 2019, Gracia was a presenter at TEDxDirigo, where she gave an inspiring talk about that included her vision for “legislation that confronts an education system that is not representative of the people that utilize it, nor a world it exists within.” Gracia hopes to Major in International Relations with a possible minor in Environmental and Sustainability Studies. 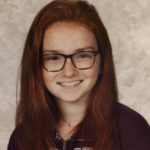 Morgan LaRochelle, 14, Hermon, is an award-winning inventor and a health advocate. As a Type 1 Diabetic, Morgan tests her glucose daily, which can be a frustrating process given that testing strips are very sensitive and results can be skewed if the stips make contact with dirty fingers prior to use. In response to an assignment from her science teacher, Morgan developed a Blood Glucose Test Strip Dispenser that inserts the strip directly into the monitor, eliminating contamination hazards. The device won first prize at the Maine Invention Convention in March 2019. She went on to compete at the national event where she won one of three Young Visioneer awards and placed 2nd in the eighth-grade category. Morgan is currently seeking a patent for her device so  it can be scaled for wider distribution. She also uses her voice to educate her peers about the severity of type 1 diabetes. She has personally endured bullying since receiving her diagnosis and believes that sharing her experience can open doors to more compassionate conversations about the disease.

Hardy Girls Healthy Women takes girls* seriously through year-round, statewide programs that put the power in their hands to challenge a society that ignores their brilliance. We dare adult allies to join us in standing with girls.