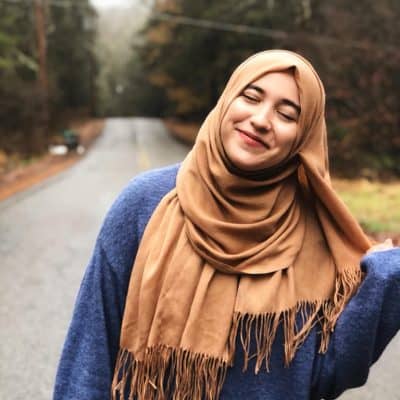 Hebh Jamal delivered the keynote at our 2019 Girls Rock! Awards. Hebh is a muslim, Palestinian-American activist and current college student at City University of New York. In 2017, while Jamal was still in high school, the 17-year-old established herself as a leader in the fight against bigotry by organizing a New York City high school walkout. She’s also a leader of Integrate New York City, a student-run organization focusing on school segregation, and works as a youth policy fellow at New York Appleseed, a nonprofit fighting for equal access and resources in New York City schools. You can follow her on Twitter.

Favorite book: Mornings in Jenin by Susan Abulhawa
Woman (dead or alive) to have dinner with: Angela Davis
Favorite feminist anthem: Survivor by Destiny’s Child
Favorite place to go on a feminist rant: On Facebook
Perfect day (in one sentence): An intellectual conversation about contemporary issues over tea in a cafe in Istanbul 🙂

Hardy G*rls Healthy Wom*n takes girls and gender expansive youth seriously and puts the power in their hands to challenge a society that ignores their brilliance.
We dare adult allies to join us.